"Over the last four years, we have seen great successes in Weakley County. We have achieved growth in sales tax revenue, property value increases, job growth and expansion, and award-winning educational achievements. However, our work is not done and I don’t believe we should stop the momentum until every citizen, regardless of where they live, is sharing in our county’s successes."

Mayor Bynum, who is a lifelong resident of Dresden and Weakley County, has taken an aggressive, outcome driven approach to enhancing the lives of Weakley Countians by focusing education, economic development, and connectivity initiatives. 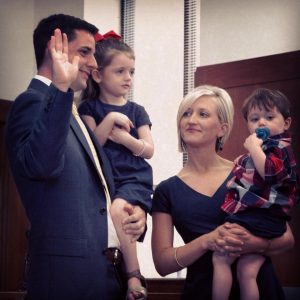 Since elected Mayor in 2014, his dedication to early childhood literacy initiated his partnership with local and state organizations to establish Tennova Volunteer Hospital as the first birthing hospital in West Tennessee, and 12th statewide.  This initiative ensures that every child born in Weakley is enrolled in their local Imagination Library, but also leaves with their very first book. His belief that workforce development begins at the primary level motivates his service on the Governor’s Books from Birth Foundation Advisory Council, acting as a connector and ambassador for Tennessee’s Imagination Library statewide.

Mayor Bynum is most often known for his instrumental role in the process of bringing fiber internet to Weakley County’s municipalities and rural areas. Through hosting countywide community fiber forums, assisting in grant writing, and speaking with hundreds of Weakley Countians, Mayor Bynum understands the need and importance of fiber connectivity for high speed internet and remains dedicated to obtaining the choice of fiber internet every citizen and business.

With his focus on local economic and industrial development, Mayor Bynum completed extensive, yearlong training with the Delta Regional Authority’s Leadership Institute, a federal-state partnership created to help create jobs, build communities, and improve lives through strategic investments in economic development in the Delta Region. In 2017, he facilitated the grant writing and receipt for a custom, up-to-date economic development website, high quality video, and photography to compete in corporate recruitment and expansion. Over the course of his tenure, Mayor Bynum has been involved with writing grants to increase cities retail tourism, promote local landmarks, implement specialized teacher training, and establish updated telecommunications systems.

“I am most proud of the work we have done at the local level.  Weakley County’s Commissioners, our county elected and appointed officials, Weakley County Schools Officials, and our Highway Officials are the most hardworking and knowledgeable individuals you’ll find.  In working closely with our county officials, city mayors, UT Martin, and most importantly citizens, we have found solutions to problems and celebrated accomplishments. Since I announced my intentions to run for this office in 2013, I have never wavered from my work and dedication to our community. I love being a part of the work that we do for this county.”

Bynum understands the need for new and fresh ideas. In the fall of 2017, Mayor Bynum rolled out an updated county seal, a new logo, and a collection of data released in the form an informative infographic, all presented at his State of the County presentation. 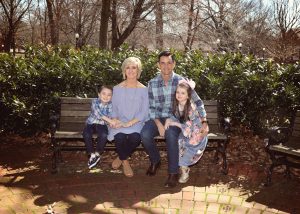 Understanding that the duties and responsibilities of being the Mayor are 24/7, Mayor Bynum takes his involvement to task. He’s certified in the County Officials Certificate Training Program (COCTP), a program designed to provide specialized, technical and managerial training to elected officials and their employees in order to help them run their office more effectively.  He serves on the Tennessee County Services Association (TCSA) Board of Directors, the Union University Board of Trustees, and was appointed by Governor Bill Haslam to the State of Tennessee Medical Examiners Board.  Also serving on various local committees and boards, he was selected by the Weakley County Legislative Body to serve as the Chairman of the Board of Weakley County Commissioners for the length of his term, a distinction that has not occurred for over 10 years. He was selected 2017 Weakley Countian of the Year, Best Community Leader in 2016, Tennessee Iris Festival’s Citizen of the Year in 2016, and was awarded the distinction as one of West Tennessee’s 40 Under 40 for his accomplishments and service to our region.

Mayor Jake Bynum and his wife Alyssa have two children, Ella and Nash, and a cherished dog, Bailey.  They live in Dresden and attend church at Dresden First Baptist where Jake serves as a Deacon.

Let's get in touch